What gets lost in translation 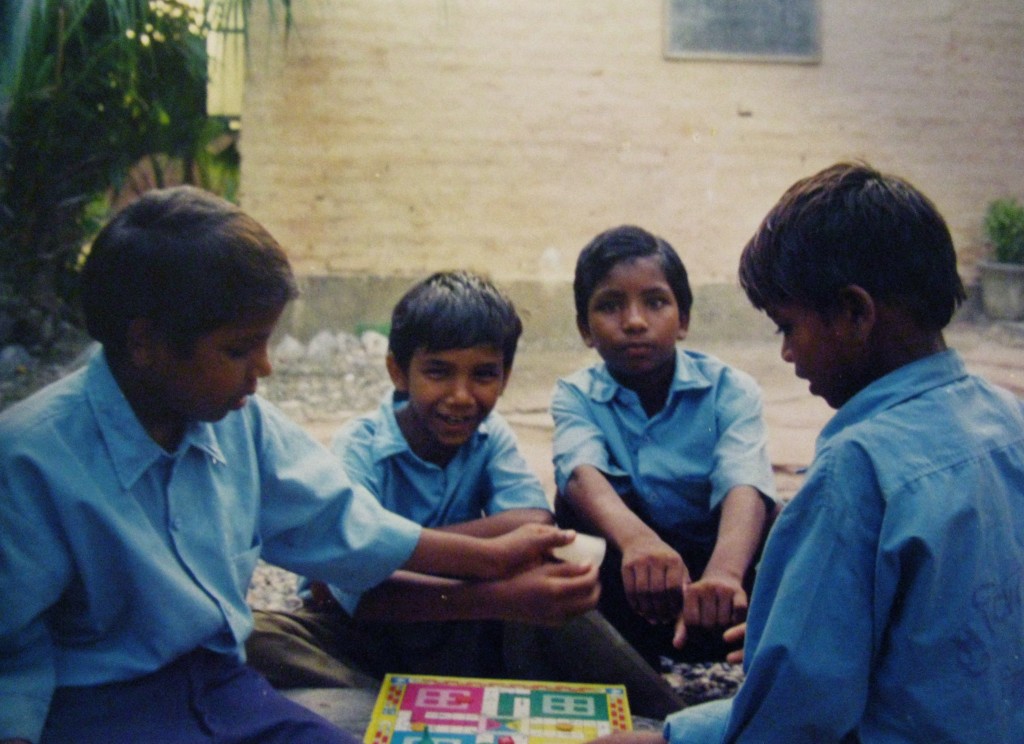 “Here you can see where the students learn English,” said the guide, pointing to the blackboard where the remnants of my earlier lesson remained.

There was also my hand drawn sketch of lentils, which at second glance looked more like rabbit turds.  No wonder the students were learning so slowly.  Still, by breaking down my own language to teach, I had also picked up tons of Hindi and could understand when the guide spoke to the boys.

“You can see the boys are busy making art,” she said to the Americans, “as they do every week.”  That was a boldfaced lie.  I had never before seen the boys draw on anything except their chalk slates for class.  I looked up slightly alarmed and saw the guide looking down at the drawings in progress, scanning for one she could showcase to the guests.  She looked around and then frowned.  She hadn’t found what she was looking for.

“Boys,” she snapped, in Hindi.  “No more flowers and sunshine.  You should draw your old life, where you came from, so these visitors can see how much they’ve helped you. I want to see the life of a child laborer on these papers.”  Some of the boys looked up from their works of art, other continued on without worry, and one in the back took the black pencil he had been using to color the hair on his stick figure people and scribbled out the entire drawing. Annoyed by their indifference, the guide said, again in Hindi, “Boys do you understand what I said?”

“When they have finished,” the guide turned to her unsuspecting guests, “they would like to share what they’ve drawn with you.”

It was then, for the first time, that I understood the importance of a good story when fundraising.  And how cruel life can be.  And how awesome it is to speak a second language.  I am grateful for the Hindi that I once spoke fluently, even though by now, I’ve forgotten almost all of it.

Did you know that you can make a lot of good money teaching English abroad?  Lesson 2 in my new online course, Manifest Money for Spiritual Travel, gives a lot of great information on how you can make it happen.  Enroll today and learn 8 different ways you can make money traveling.