It presented a nice distraction from my imminent fate of graduation, a job search, and the daunting task of redefining myself professionally.  Thus, my trip to Brazil became a symbol of hope and I was very excited  by the prospect of what would come from my work with the Global Business Project.

The problem was, the project in Brazil turned out nothing like I expected.  Tons of hard work meant I sometimes forgot I was in Brazil, because hotel meeting rooms look pretty much the same worldwide.   Our team, made of 5 strong personalities representing 4 countries (USA, India, Brazil, Dominican Republic), forced us all to deal with conflict in a constructive way, but provoked way more daily confrontation than this friendly midwesterner is used to.  I spent a lot of time fantasizing about going rogue: just packing up my suitcase, and getting lost in the expanse of Brazil without explanation.  I wanted to escape, despite already being on my escape trip.

What Brazil taught me is that escape is an illusion.  We can put physical distance between us and the decisions we are postponing, the fears we are not facing, the relationships we are letting fade.

I am grateful for my trip to Brazil, one of the most productive of my international trips in terms of self-discovery. 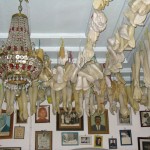 The faithful, who’ve experience healing, buy a wax cast to commemorate the miracle. 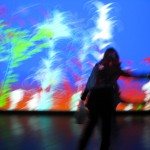 At a modern art exhibit in Porto Allegre, Brazil 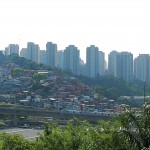 Favelas in the foreground of Sao Paulo 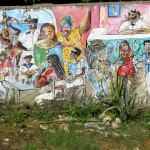 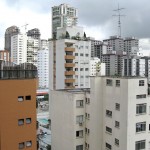 Sao Paulo: A city where executives commute by helicopter 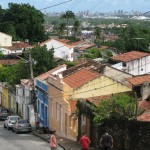 Olinda, the name of this city, means The Beautiful